Posted at 09:56h in Foureyes On, This Week by FOUREYES
0 Likes
Share
ALEX – It was my first time in Dunedin, let alone iD Fashion Week and while I was extremely impressed by the local talent, it was amazing to see the works of iD international guest designer, Martin Grant grace the catwalk in the old railway station. His designs were beautifully timeless with one of my favourite looks as an example below. More photos to come tomorrow in our iD show post.

CHIN – The highlight for me this week has got to be the two days I spent in Dunedin. It gave me the chance to revisit the city I spent 5 years in as a student at Otago University. Trees were a little taller, one or two new buildings have popped up and a couple of new clothing stores have since opened, including the very cool Company Store on George Street. But I was glad to see a few things hadn’t changed, like the Dunedin Public Art Gallery, Sampan Khmer Satay Noodle House, fashion boutique Plume and this view of the University Clock Tower. 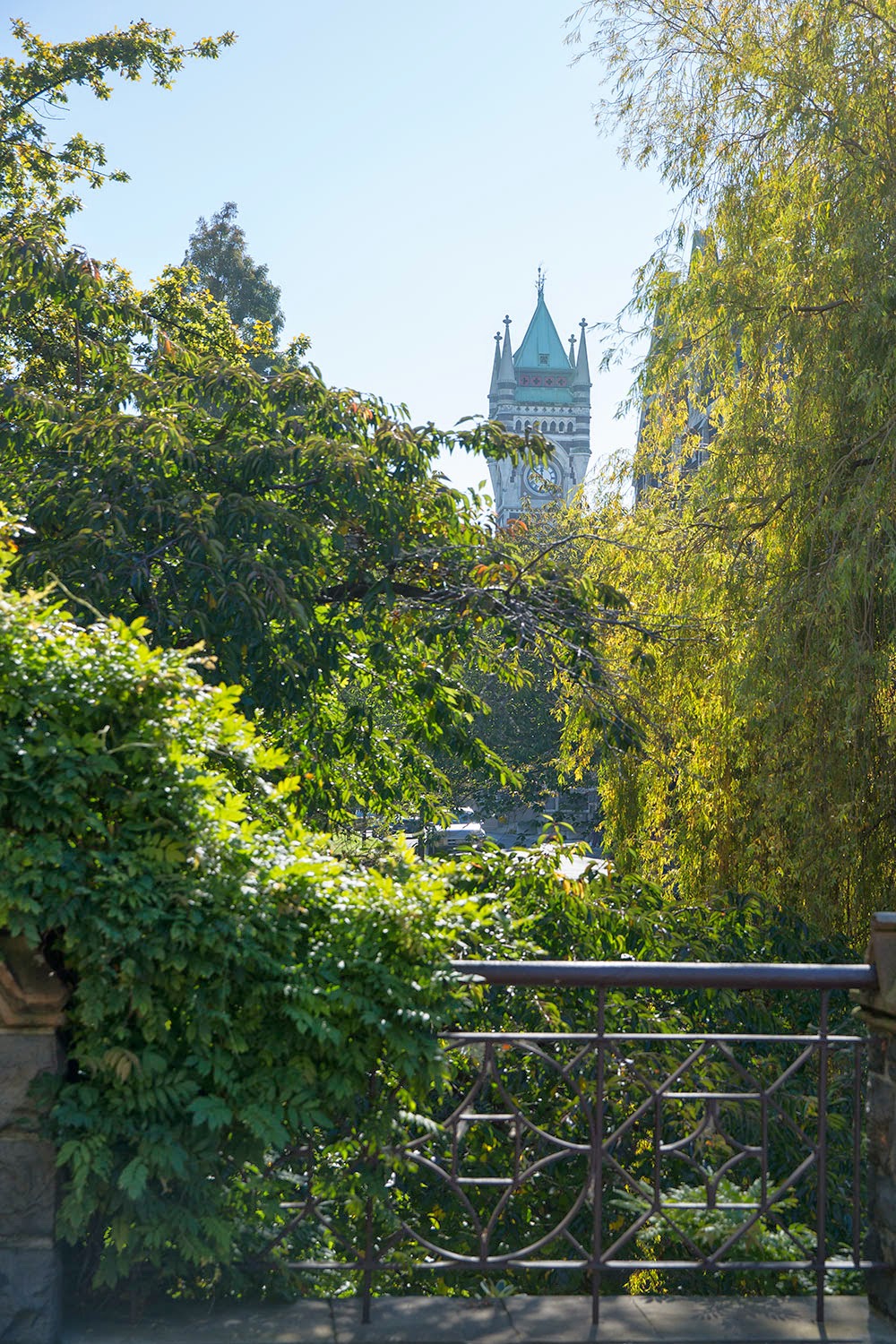 DANNY – I’ve managed to live my entire life without ever making it to the South Island so finally heading down for iD was definitely the highlight of the week for me too. I discovered a few things about Dunedin. Like, it’s really pretty. I’m not sure what I was expecting, but I was pleasantly surprised by this for some reason. It has heaps of beautiful old buildings, the kind that in Auckland get smashed down and replaced with anonymous, cheap (but expensive) apartments. That southern hospitality thing is actually real, everyone was just so nice. There are good shops. There is good food (have the potato rosti with poached eggs and salmon at The Good Oil). I like it. Also, the weather is like this (I assume year-round).

MINO – The iD Dunedin Fashion Week show on Friday was held at one of the coolest venues I’ve experienced, the old Dunedin railway station. The runway was a super long semi-outdoor space that ran alongside train tracks. Train carriages lined one side of the catwalk and just behind them, the trains roared past a couple of times during the show, adding to the excitement of such a unique location. My first taste of iD was one for which I would definitely go back for seconds.
Also, I left for Sydney yesterday to put final touches on the pieces I have designed in collaboration with Daniel K before Mercedes Benz Fashion Week Australia begins – only a few days to go until the big reveal and I am feeling a mixture of nerves, exhilaration and just plain excitement. This time next week, I will be a tired mess but excited to show you the Daniel K collection!