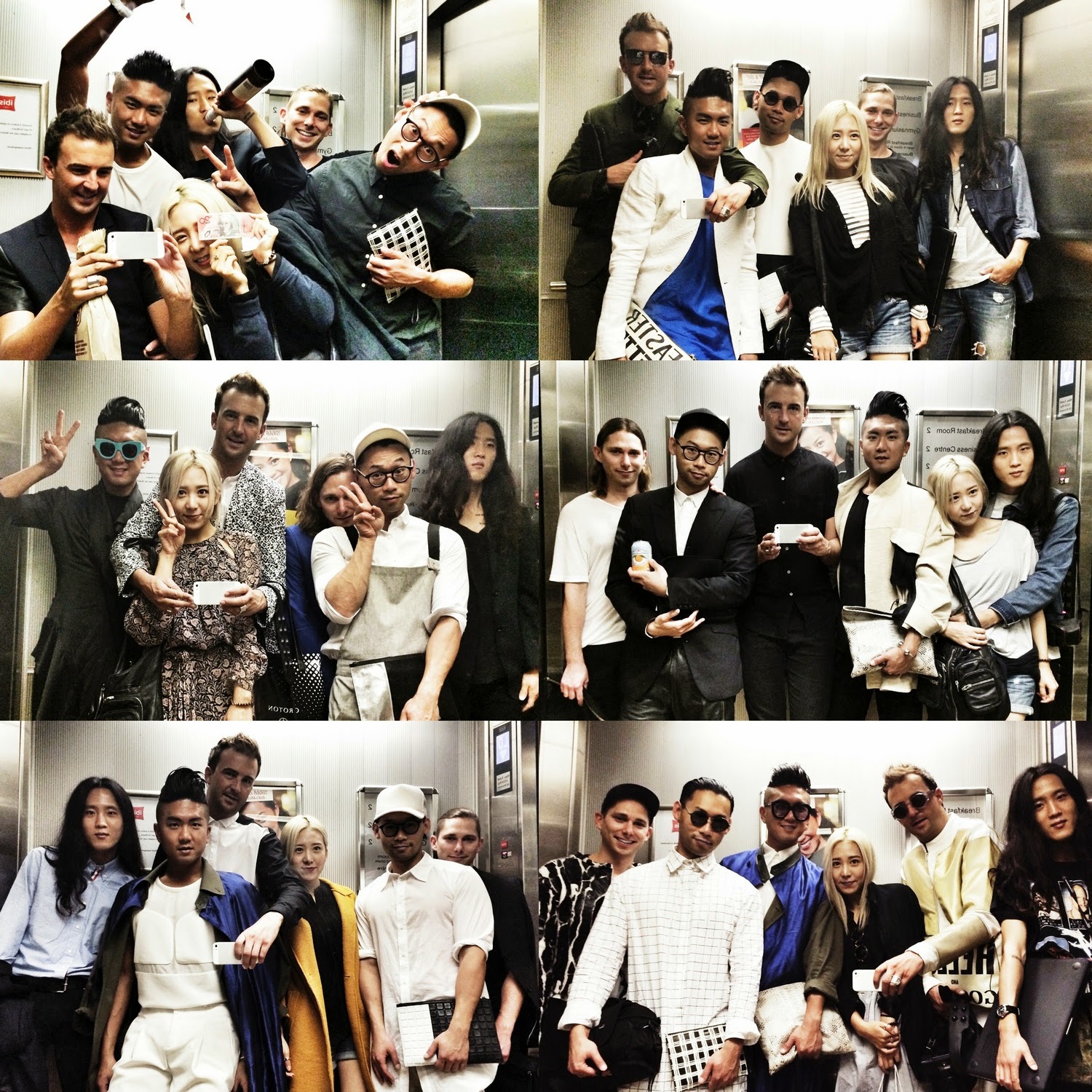 Posted at 06:26h in Foureyes On, Street Style, This Week by FOUREYES
0 Likes
Share
ALEX – We just got back from an incredible week in Sydney for Mercedes-Benz Fashion Week Australia and I am so tired I can barely string a sentence together! The week was even more full on than last year with 10 shows to attend on some days, some offsite and some at the official venue Carriageworks. Once the shows were done, we would get something to eat and head back to the hotel to edit photos, write and also provide coverage for TV3 news online (click here for a sample). My favourite moment of the week was seeing Mino walk onto the runway after his debut as a designer. We were all so proud of what he had created and the fact that his designs were showed on the runway at MBFWA was absolutely amazing. My other favourite show of the week was Maticevski – a flawless collection, although I am still not entirely convinced about the models walking the finale with flowers in their mouths. Even though I am feeling absolutely shattered right now, I can’t wait for next year!Oh, and that #elevatorselfie thing we did every morning with Sam and Dana was pretty fun – it was a good way to wake us all up! P.S. don’t worry the photo with the wine was taken in the evening! Photo via http://instagram.com/foureyesblog

CHIN – This week has been full of highs and this jacket is one of them. Yes, we managed to fit in a day of shopping on Friday. From past experience, I’m usually spoilt for choice in Sydney stores. This time however, I couldn’t find anything I really liked – I’m thinking most probably because of post-fashion week fatigue. Then this DKNY jacket came along with all its black, neoprene, quilted, bomber goodness. It was on sale so really it was a no-brainer. 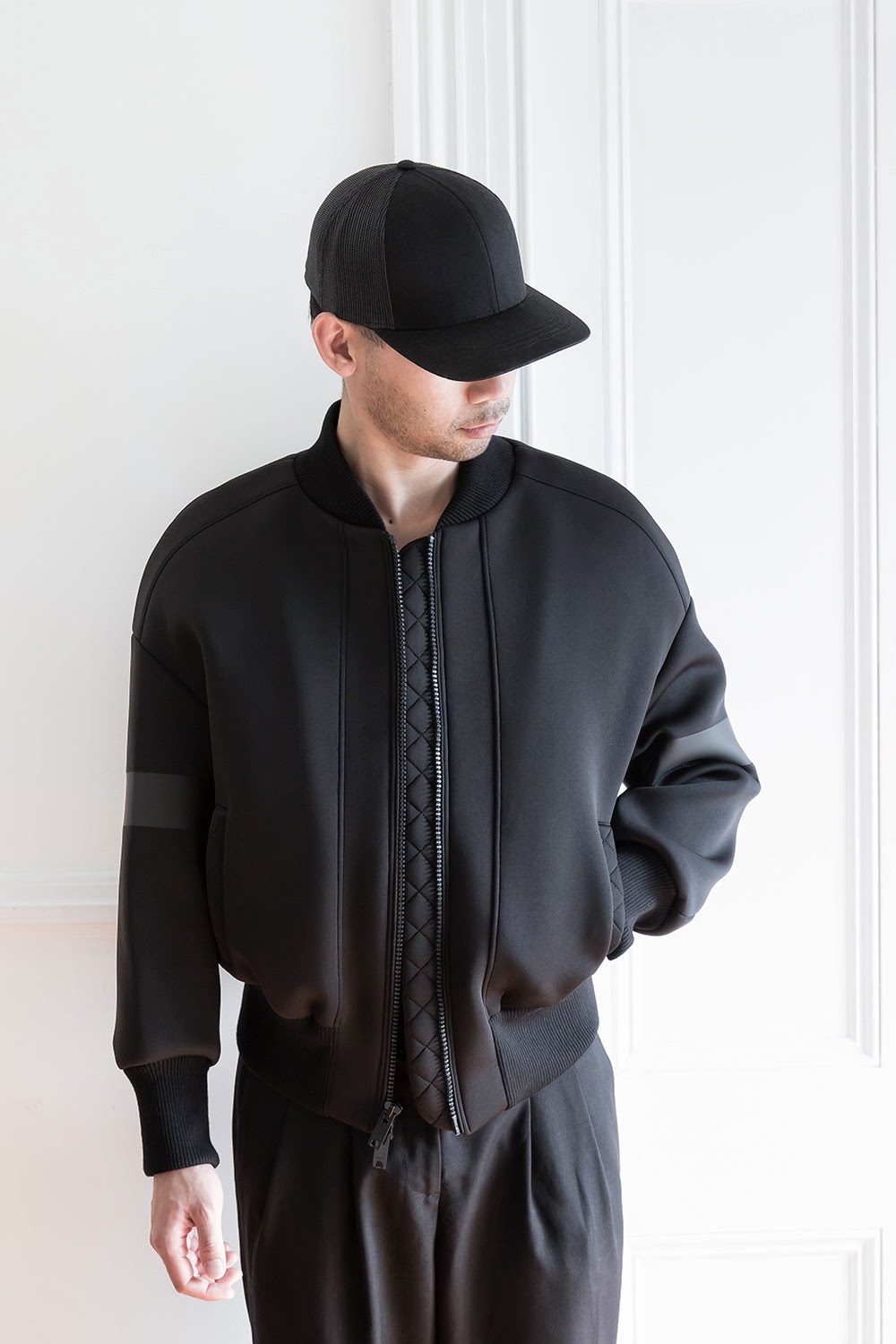 DANNY – There were a lot of spiritual high points to choose from this week with a hugely fun, busy, exhausting time over in Sydney for MBFWA. But I’ve chosen to focus on a purely materialistic one. I bought these glasses. I’ve wanted them for over a year since I saw them on Gary Oldman in Prada’s campaign shots. I spotted them in Sunglass Hut a year ago but couldn’t justify the price at the time, so when I saw them there again on sale I decided that was fate (a convenient rationale for spending money that I use frequently). Also, I negotiated a bigger discount than the sticker price. Double-fate. 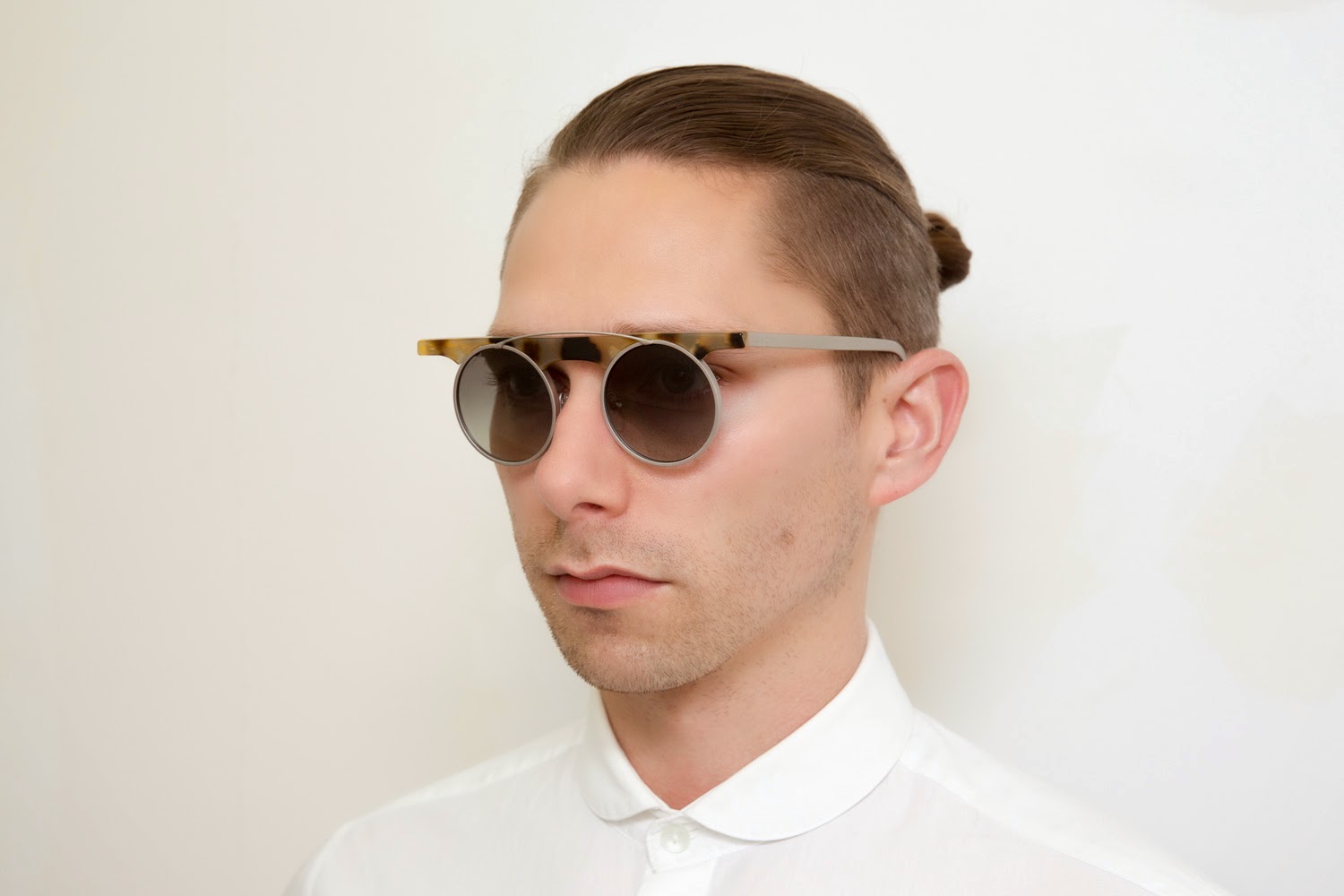 MINO – I had one of the most amazing weeks of my life this week! I attended Fashion Week Australia with 5 of my best friends (the other 3 eyes, photographer Sam Lee and his hilarious wife Dana) but I also got to show the world some pieces I had designed in collaboration with Vanessa Kim for Daniel K. The morning of the show, I was up at 3am as the model call time was 6am at the venue. As usual, it was madness backstage, especially given the fact that there were 7 other designers showing in the New Generation show. The moment the first model stepped out onto the runway, there was a sense of relief that it was all going to be OK! I did think that I would feel a bit calmer after the show but the adrenaline was still pumping and I met a bunch of the buyers that gave me some amazing feedback about the show after which, the boys and I popped a few bottles of Champagne to celebrate. I learned so much from the whole process of design, manufacturing and show preparation and I am so grateful that Vanessa from Daniel K gave me this opportunity and I am so excited about what’s to come…what that might be, I am not sure right now but I can’t wait.