Posted at 22:02h in Foureyes On, This Week by FOUREYES
13 Likes
Share

ALEX – I always come out of the Christmas / New Year period feeling like I want to do something drastic. This year, I wanted to either move to Paris or do hard-out eating cleanse – I know, I should have chosen Paris but it’s nice to keep that as a fantasy in case things go pear-shaped and I need to escape. I am 9 weeks into this mental 12 week programme where you can only eat meat and vegetables (not even fruit until week 7) The aim was to cut out basically all sugar including that found in fruit. Anyone who has tried anything like this before knows how hard this is (even for a week) so I as thankfully able to recruit some awesome friends (thanks Blaine, Mark, Jacinta and Ed!) to come along for the ride. I have had 4-5 cheat meals (meals not days!) along the way (I am human after all) but without sounding like too much of a cliche, I am feeling really good. My first piece of fruit (which was a homegrown plum from Chin’s parents) was the most amazing thing I have ever tasted haha. I feel like my tastebuds have been reset and I am feeling so much fresher and lighter. Not sure what will happen after this 12 week stint but one thing is for sure, I will be much more conscious of my sugar intake that is hidden in so many products we consume and will probably make sugar free February a annual fixture on my calendar. rant over. 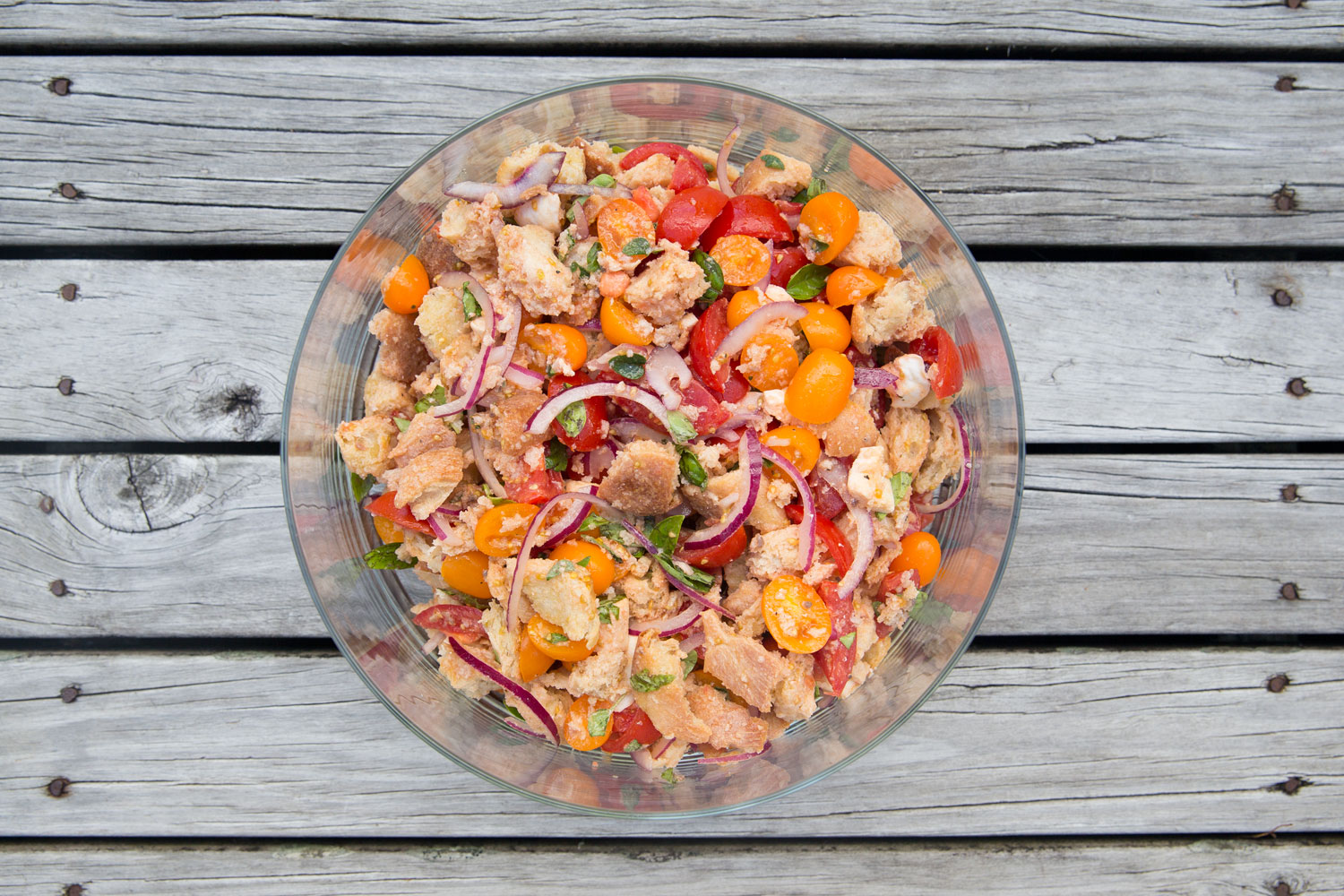 CHIN – We made panzanella, an Italian salad made with stale bread and tomatoes. Florentine traditionalists may disapprove of the red onion, anchovies, garlic and buffalo mozzarella we added but it was yum. And yes it was the highlight of my week.

DANNY – I’ve been on a bit of a documentary bender lately. Handmade With Love in France, part of the French Film Festival and focusing on the ateliers who produce all the embroidery, flowers, pleating etc for haute couture houses, was a recent highlight. But the latest was Jiro Dreams of Sushi. Jiro is an 85 year old Michelin three-starred chef who runs his 10 seat sushi restaurant in a Ginza, Tokyo subway station. It’s a fascinating look into the life of someone completely dedicated to the art and craft of his chosen career. Definitely worth your bandwidth.

MINO – When it comes to skincare, my routine has always been pretty simple and I have always been pretty loyal to a certain brand, but we were given the chance to try out the Kiehl’s range recently and I must say, I think I have been converted. I have always been a bit skeptical about how applying something to my skin can actually make a visible difference but I actually have noticed improvements over the last few weeks. The thing I like about all of the products is they seem quite light and non-greasy. The toner has flower petals in it which for some reason I love the idea of 😉 and one of my favourite products, the Midnight Recovery Concentrate smells like lavender and makes me feel like I am going to have a great night’s sleep. I used it on the plane on a recent trip to Seoul and it stopped that awful dry feeling you get after being on the plane for 12 hours straight. They even have a dog wash (the brand originated in New York so maybe that’s why?) which we are still yet to try (not on myself). It’s never to early to start a good skincare regime kids.